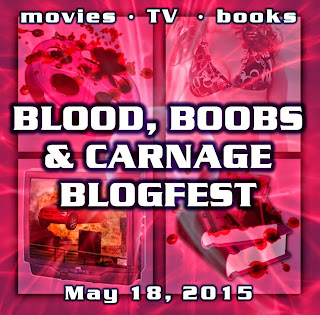 BLOOD, BOOBS AND CARNAGE:
The above three catorgries
Can fit into one film I know. 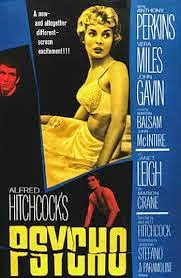 Of course it's Alfred Hitchcock's
PSYCHO. 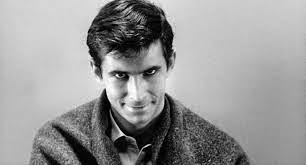 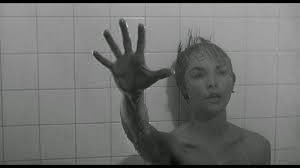 Portrayed Norman Bates and Marion Crane.
They met when she became a guset
At "Bates Motel" was it's name.

Norman was a real weird character,
His eyes would give me the creeps.
He even talked to his "Dead Mother"
As he "Sat her by the window for weeks".

I can't recall if Marion was scared of him,
As I was quite young at the time.
But Norman had plans for Marion,
A horrible, horrible crime. 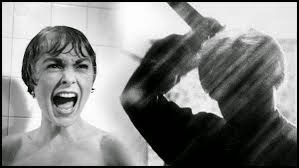 As she was taking a shower,
In he crept  with a knife.
Marion, unaware it was near
The end of her life.

As he stabbed her repeatedly,
Her screams  must have been heard.
Blood poured down the shower,
With the sounds of screeching music...how absurd? 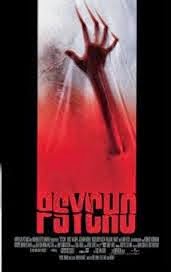 I have watched that fim many times,
But that music and the screams,
Have always played havoc when I slept,
Thus disturbing my dreams.
Copyright Yvonne Lewis 17/05/2105
Posted by nashvillecats2 at 13:23
Email ThisBlogThis!Share to TwitterShare to FacebookShare to Pinterest

THIS IS A CATCHA FREE BLOG

MY BOOK STAND BESIDE ME DANNY BOY

DANNY BOY AND ME

AUTHOR OF SUCCESSFUL SELF HELP BOOKS

WRITTEN FROM THE HEART

MOMENTS OF MY LIFE

STAND BESIDE ME DANNY BOY

DRAGON OF THE STARS

ANOTHER BEST SELLER I;M SURE

TENTH ANNIVERSARY A TO Z

ARLEE BIRD AND ME IN LA:

A TO Z CHALLENGE:

REFLECTIONS OF THE A TO Z CHALLENGE 2015:

A TO Z CHALLENGE SURVIVOR 2015